This guide is intended to help researchers locate cases, legislation, resources and databases on Indigenous Peoples and the Law.

"Toronto is in the 'Dish With One Spoon Territory’.  The Dish With One Spoon is a treaty between the Anishinaabe, Mississaugas and Haudenosaunee that bound them to share the territory and protect the land. Subsequent Indigenous Nations and peoples, Europeans and all newcomers have been invited into this treaty in the spirit of peace, friendship and respect."

The "Dish", or sometimes it is called the "Bowl", represents what is now southern Ontario, from the Great Lakes to Quebec and from Lake Simcoe into the United States. *We all eat out of the Dish, all of us that share this territory, with only one spoon. That means we have to share the responsibility of ensuring the dish is never empty, which includes taking care of the land and the creatures we share it with. Importantly, there are no knives at the table, representing that we must keep the peace. The dish is graphically represented by the wampum pictured above.

This was a treaty made between the Anishinaabe and Haudenosaunee after the French and Indian War. Newcomers were then incorporated into it over the years, notably in 1764 with The Royal Proclamation/The Treaty of Niagara.

The land acknowledgement started in British Columbia, where there are no treaties at all. Its popularity has spread as an acknowledgment of Indigenous presence and assertion of sovereignty. It is used in a variety of ways, such as at opening events and meetings. 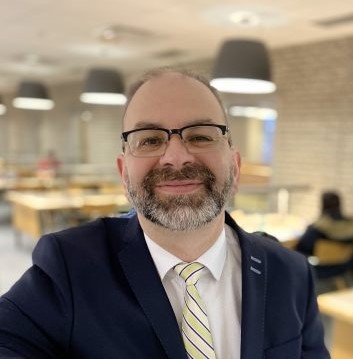