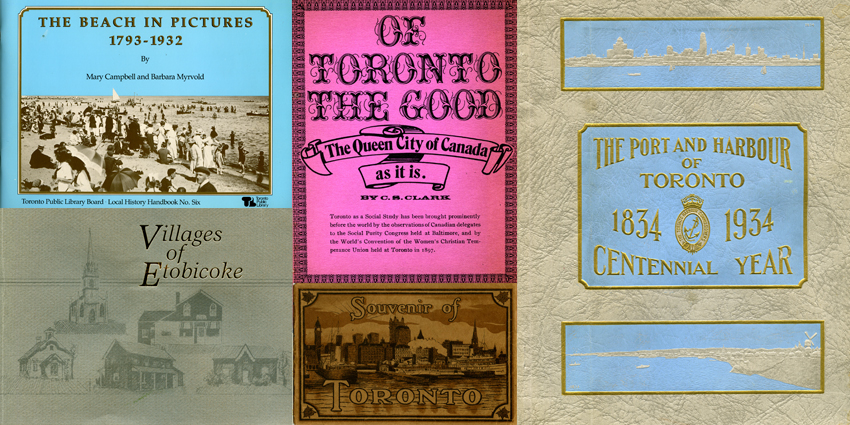 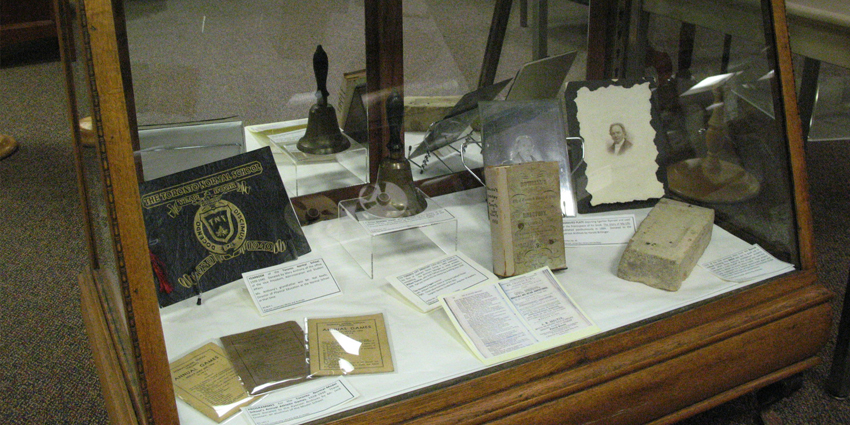 A collection that is still evolving with the changing campus, the Archives houses a varied collection of the University's publications - both student and administrative. The earliest publication is the Ryersonian newspaper, a periodical that became part of the Journalism program, from 1948. The Archives continues to collect this paper along with Ryerson's independent student newspaper The Eyeopener, which began publishing in 1967. University created periodicals include the Ryerson Magazine, the Alumni Magazine, Technikos, The Forum, and the Rambler. There are also program specific publications such as The Golden Ram newspaper, The Commerce Times, and various departmental newsletters. Aside from informational periodicals, the Archive also has a complete run of the White Wall Review, a literary journal of poetry, prose, and short stories written by members of the Ryerson Community.

Over 7000 negatives and contact prints created by staff and students during the 1950's and 1960's. Created for the purpose of promoting Ryerson, the photographs were published in the student newspaper, the course calendars, and the yearbook. Topics include extracurricular activities like dances, initiation, clubs, and sporting events, as well as program specific promotional shots and convocation images.

Transferred and donated to the Archives from both internal and external donors, the Ryerson Archives houses an interesting assortment of blueprints and floor plans for buildings on campus. Included are plans for Unit III of Howard Kerr Hall, donated by Burwell Coon Ltd and copies of drawings for the original building on site - the Toronto Normal School.

The Jack Layton Collection was donated to Ryerson University in late 2011 by Olivia Chow and the Layton Family. The collection includes artifacts, framed items, textiles, and textual records. Also included in the donation are over 1400 books. Approximately 500 of these are available for circulation at the Ryerson Library. The remainder, many of which were annotated by Jack during his time as a professor and politician, are housed in the Archives.

The Ryerson Archives maintains a collection of records and information on Egerton Ryerson, including Ryerson family papers, oil paintings, and books written by Egerton Ryerson. The Ryerson Family papers are a collection of documents and correspondence pertaining to four generations of the Ryerson Family and assembled and organized, scrapbook-style, in a leather-bound volume. The documents date between 1783 and 1946. There are four paintings, two of Egerton Ryerson, one of his wife Mary and one of their son. One of the painting of Egerton Ryerson was restored by the Canadian Conservation Institute in celebration of Ryerson Polytechnical Institute's 50th anniversary. The story behind the restoration can be seen on the CCI's website. The Archives also has copies of many of the books written by Egerton Ryerson. These books are searchable through the Library catalogue.

Donated The collection of over 3000 files of photographs and negatives was donated to Ryerson University in 2008 by Ian Chodikoff, editor of Canadian Architect.  Ranging in dates from 1955-1990, the collection documents major public and private architectural projects undertaken in Canada durign the time.

Canadian Architect magazine is a monthly periodical for architects, planners and related professionals published in Don Mills, Ontario. The magazine features articles on current trends and issues affecting architectural practice in Canada, including the development of new building technologies and changing social needs. Canadian Architect also serves as the Journal of Record for the Royal Architectural Institute of Canada, publishing its newsletters and bulletins, and publicizing issues that concern both national and provincial architectural associations.

The magazine was first published in 1955 by MacLean-Hunter Limited under the editorial direction of James A. Murray as The Canadian Architect. In the early 1960s Southam Business Communications Inc. took over publication, and the magazine dropped the word “the” from its name in 1995.

Canadian Kodak Ltd., which became Kodak Canada Inc. in 1979, manufactured photographic films, papers and equipment for over a century in Toronto, Ontario. The Canadian branch of Rochester-based Eastman Kodak Company opened its doors in 1900 at 41 Colborne Street, Toronto. The company expanded and moved to 588 King Street West in 1908, but already plans were underway for an expansive complex. In 1912, Canadian Kodak purchased 25 acres of farmland near Weston Road and Eglinton Avenue to build a major manufacturing facility known as “Kodak Heights.” By 1925, there were over 900 employees working in seven buildings at Kodak Heights, Toronto. Over the years, the company earned a reputation for having a cooperative and supportive relationship with its employees and in 1940, an Employee’s Building was constructed at Kodak Heights to accommodate the activities of the flourishing Recreation Club, the Department Managers’ Club, and of course, the Kodak Heights Camera Club.

The collection contains books published by Ryerson Press in Toronto between 1862 and 1971. Subjects include educational texts and guides, Canadian history, religion, fiction and poetry. The collection also includes 3 boxes of records from Ryerson Press, ... »including authors contracts, correspondence, and memorandums.

Robert MacIntosh Collection on the History of Toronto

This collection of rare books and pamphlets was carefully curated by the collector, Robert M. MacIntosh, an author and longtime Toronto resident. Books were published from 1807 to 1988 and topics include historical accounts, biographies of notable Torontonians, tourist keepsakes through the years, maps, centennial publications and TTC brochures. Browse the books in the History of Toronto Collection